VR Headsets – 2016 is the year for Virtual Reality

VR Headsets – 2016 is the year for Virtual Reality.

VR Headsets are soon going to enter the mainstream.

When the crowd funded Oculus Rift project was launched in 2012 it signalled a new era for VR.
Virtual Reality, as a concept, has been around for decades. The first headset, The Sensorama was invented in 1962.

Thanks to smartphone technology, we have now reached a point where the hard ward is small and cheap enough that VR headsets can now be practical and affordable for the consumer.

You can currently buy great headsets to use with your smartphones.
Checkout the Samsung Gear or our own favourite the Google Cardboard.

These great value as they use you smartphones display and accelerometers. We sell the Google Cardboard for just $30!
Read more or buy here: https://mac-ops.co.nz/google-cardboard/ 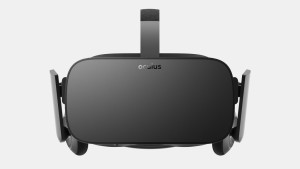 The Oculus rift was the first major player in the current generation of VR headsets.

The retail headset was released on 28 March this year. Facebook bought Oculus and hope to cash in on VR’s popularity. Facebook already supports 360 VR videos.
The Oculus Rift requires a powerful PC to operate and only runs on Windows. Oculus also sell a suitable game controller, the Oculus Touch.

The price including shipping comes to New Zealand is around $840 You can use your old Playstation camera and Move controllers to add to the experience.

You can pre-order in New Zealand now for $629.
https://www.playstation.com/en-nz/explore/playstation-vr/

The HTC Vive runs with the popular Steam gaming platform. Like the Oculus Rift, it also requires a high powered PC and currently only runs with Windows.
The HTC Vive looks like the headset with the highest specification and also has a new type of game controller designed to work with VR games.
The price in New Zealand is $949+$120 Shipping.
http://www.htcvive.com/anz/product/

VR is finally here. In the next years prepare to see games, films and even home videos move from 2D to 3D.

For more VR news and advice on using your Mac and iPhone, check out my blog www.mac-ops.co.nz/Blog,

If you don't see what you're looking for, or you need a question answered, give us a call on 0800 Mac Ops

If you're on WiFi you can call us free using Facetime!

Courier computer, phone, laptop and tablet repairs from any location in New Zealand.

Send us your phone, laptop, desktop or tablet and we will assess it the same day we receive it.

We’ll then contact you and let you know what is required to get it up and running again.

Once it is fixed we’ll send it straight back to you that same day, free of charge.